So Italy is not known as a huge rugby nation, but no one told them that!

Last Saturday we went to Rome for the day to watch Italy play Ireland in the 6 nations test and ....Italy won!! The crowd was huge and the 70,000 seat Foro Italico stadium in Rome was virtually completely full. With a good influx of Irish fans and plenty barracking for Italy, the contest was a good one, in fact Italy had the main play for the majority of the game though at times it looked like the Irish might just take over. With St Patricks day the following day the Irish probably had an excuse to drown their sorrows when the final hooter sounded.

The end score was a healthy Italy 22, Ireland 15 and the Italians went wild - thanks Ermenegilda for a great Christmas present for Lorenzo & I, it was a wonderfully atmospheric event to attend. 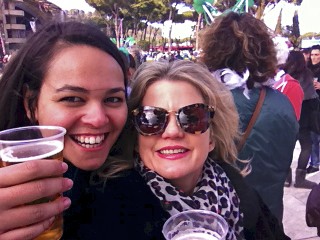 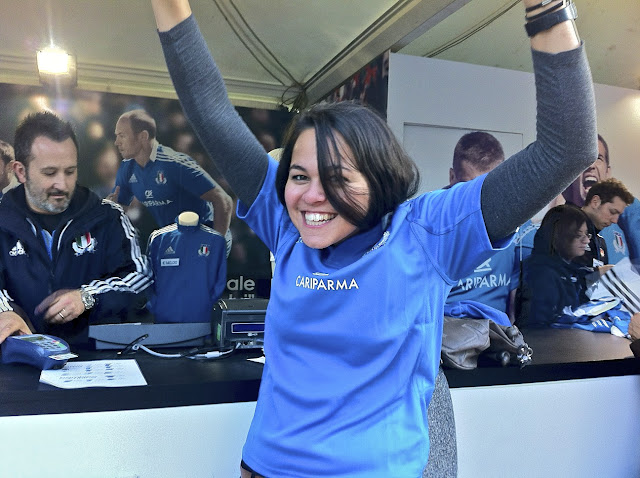 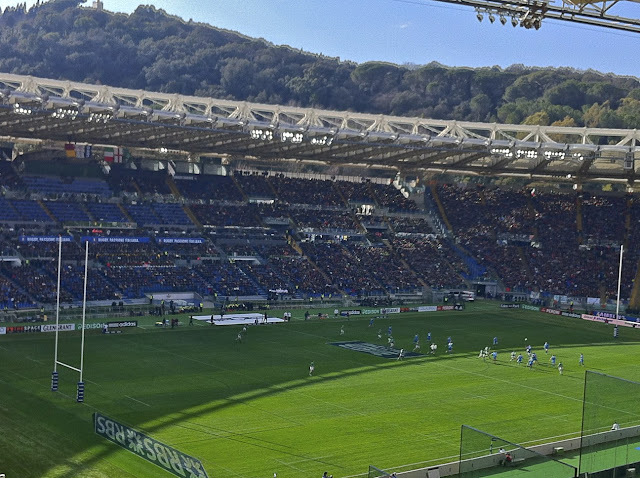 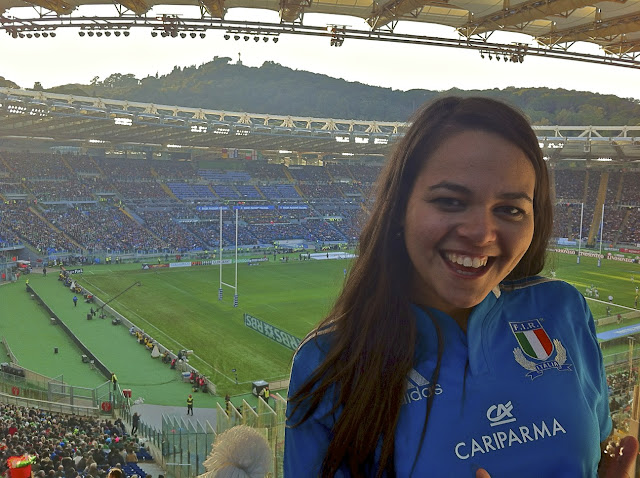 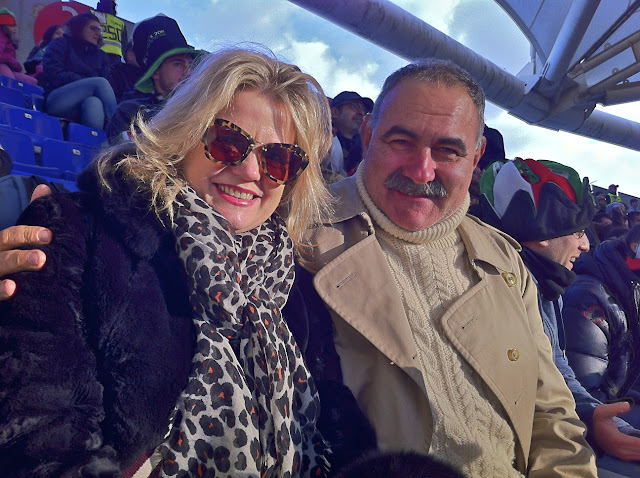 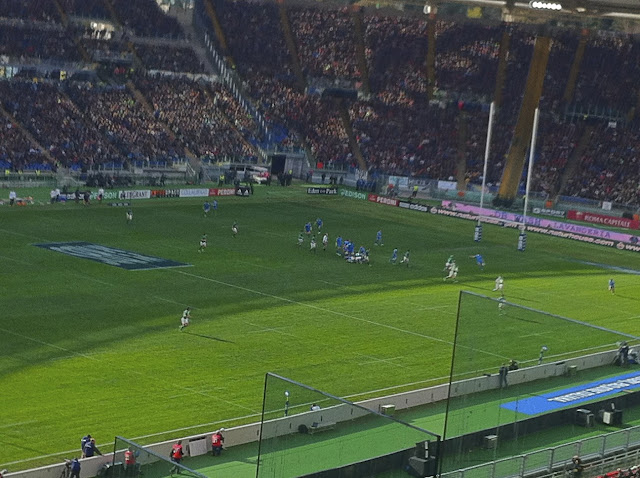 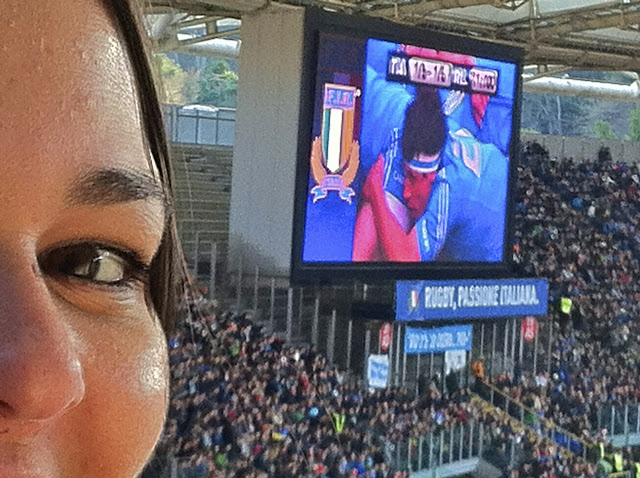 Posted by Eclectic Discoveries at 5:37 AM