Thanksgiving holiday week is seeped in American history - celebrating the Pilgrims first harvest in their new country, and then the more recent celebration of everything commercial with the huge Black Friday sales that follow. Being in NYC we enjoyed all of the iconic Thanksgiving traditions, old & new, with zeal!

The Macy's Parade is a tradition which began in 1924, and an estimated 3.5 million people line the parade route to enjoy it. Arriving at 7am to wait 2 hours for a parade to begin is not my idea of fun, but even arriving late, the balloons they use are so large that the floating characters are easily visible. Predictably, it was indeed a spectacle of American proportions - huge colourful items and equally huge marching bands that elicited similarly huge smiles!! We followed that with a walk through Central Park and a traditional Thanksgiving lunch at the New York Athletic Club - soaking in all the Thanksgiving tradition enmass.

The next tradition we partook in was a little more exhausting and one we do not need to repeat for some time. The Black Friday sales, the day immediately after Thanksgiving are bigger than the Macy's parade and it certainly felt like more than 3.5million people were in attendance when we visited Woodbury Common. About one hour from NYC by bus, this open air shopping complex holds all the usual mid to high end brands and was incredibly busy the day we visited. The prices are good, the environment quite pleasant, but my enthusiasm for shopping, just for the sake of it, is considerably less these days, so it was  a long day. All in all I would say the effort was worth it as we did most of our Christmas gift shopping, but it was indeed a big effort.

We saw several more plays this week, with the best being "Ugly lies the Bones" starring Mamie Gummer. Her character, a seriously injured war veteran returning from Afghanistan, desperately trying to resume life whilst dealing with crippling pain, is acted with believable determination, sensitivity and grit. The interesting title given by playwright Lindsay Ferrentino, comes from the Einstein quote "Beauty is but skin deep, ugly lies the bones. Beauty dies and fades away, but ugly holds it own". Very well written, Lindsay Ferrentino, is certainly a playwright worth following.

The construction of Brooklyn bridge to connect Manhattan & Brooklyn, was a considerable feat when it was began in 1869. 3 years later when it opened, people doubted it would be able to hold the necessary weight and feared using it. So Mr Burnum, owner of Burnum circus, took a parade of 21 elephants across it - both to prove its stability and in the process promote his circus - what a spectacle that must have been in 1874! On our walk across it during this week, there was no such spectacle but there was certainly no doubt the original construction has stood the test of time. It's iconic cable and suspension architecture was even more impressive when viewed up close.

A visit to the Frick collection is another of my favourite things to do in NYC. This magnificent 5th Ave house, designed by Thomas Hastings in 1913, holds an impressive collection of art in an intimate calm oasis that was once Henry Clay Frick's home. His intention, right from the architectural design stage of this home, was to leave the house and the extensive art collection as his legacy. We took a tour of this serene, restrained space where, to my mind, the art and the architecture hold equal billing - high praise considering the art collection consists of many priceless European artists.

A few more Jazz nights this week - Birdland Jazz club has become 'our local', more visits to Museum of Modern Art, the Guggenheim and the Whitney kept us busy and enjoying all this fabulous city has to offer. 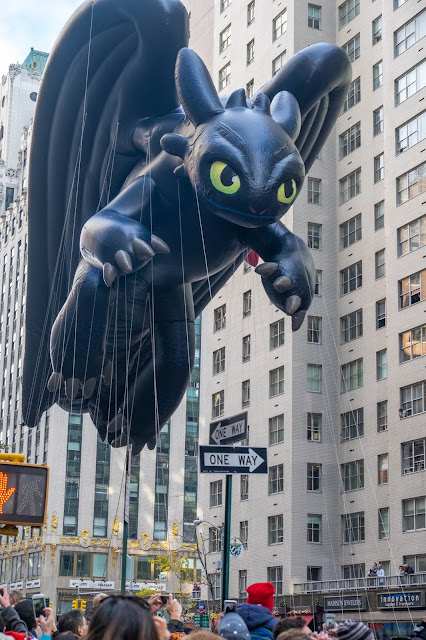 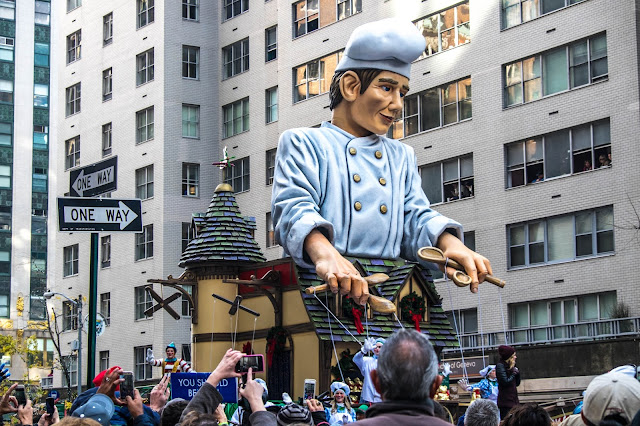 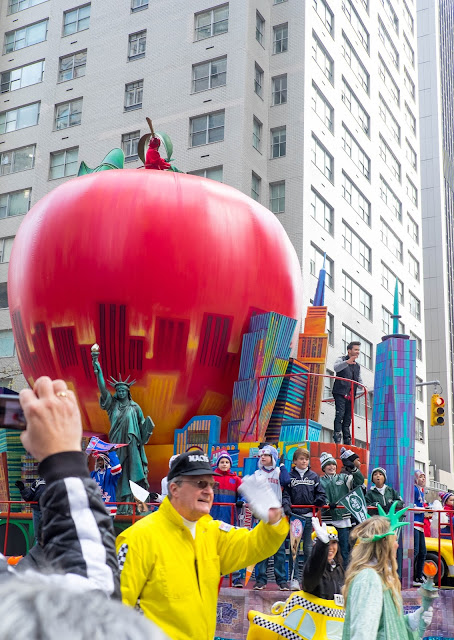 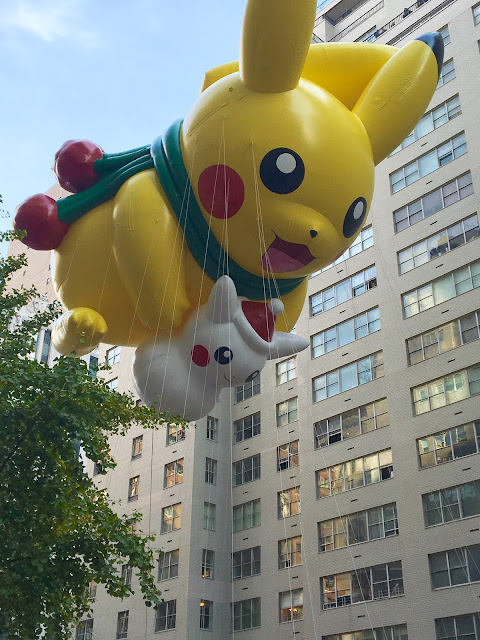 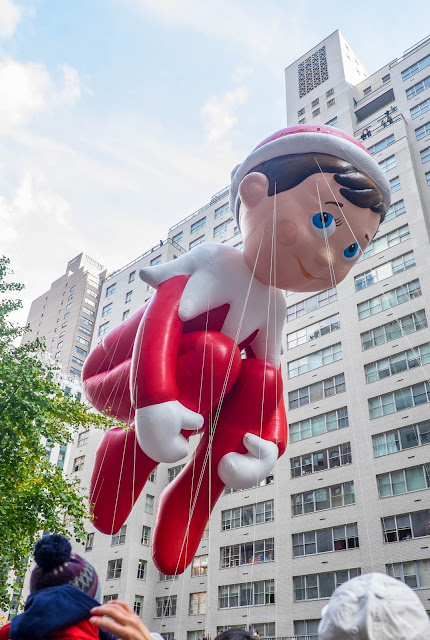 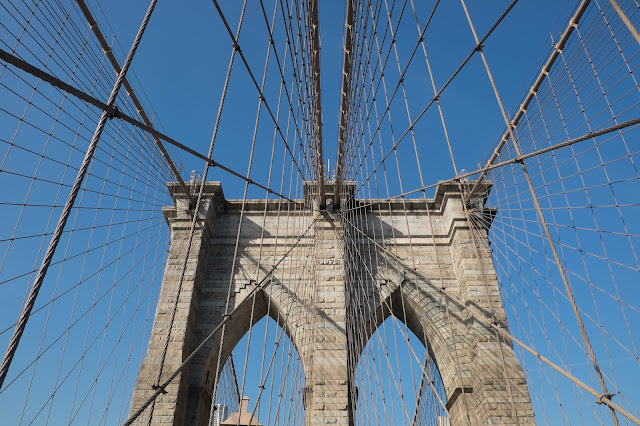 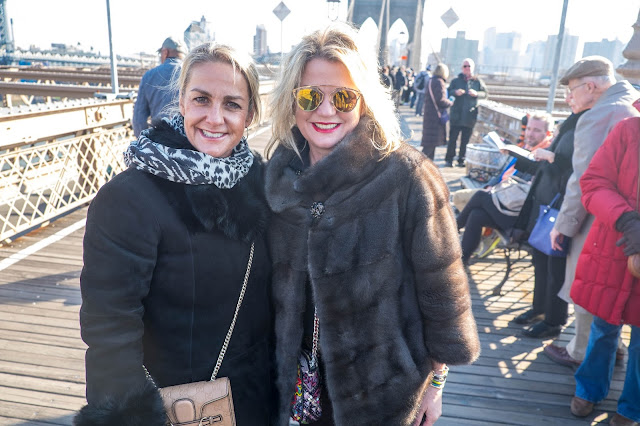 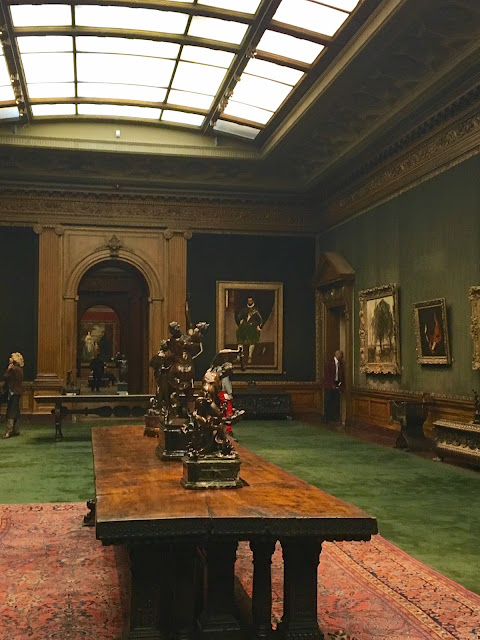 Posted by Eclectic Discoveries at 4:21 AM