For a Saturday matinee, New York turned on one of the best plays we have seen here so far. Arthur Miller's "View from the Bridge" was well acted, engaged the audience with a simple and very effective stage set, and culminated in a dramatic finale where red water poured out of the ceiling drenching the actors, simulating the bloody ending. Powerful design always delivers!

Another few visits to the Whitney museum saw us decide to join as founding members - the 'members only' viewings are a wonderful way to view the exhibitions with limited audience. The current Frank Stella exhibition is a wonderful expose of his life work - it is curated in largely a evolutionary format from his first exhibition in 1959 at age 23. The work thoroughly engages through its exuberance, from the original linear largely monochromatic works to the widely energetic more recent works which literally jump off the walls. We have booked to listen to him speak personally about his work next week so are really looking forward to that as there is nothing like getting the story directly from the source.

The Whitney also contains the new "Untitled" restaurant on the ground level - we couldn't resist trying its delicious food on a few occasions. And this week they also opened the 'Thea Westreich Wagner & Ethan Wagner collection' - a donation of 800 pieces of contemporary art which definitely had one discussing the notion of appropriation and 'what defines art' - a question as old as time itself. To me, Robert Gober's "Ascending Sinks" (1985), and Dan Vo's "Late Nineteenth Century Chandelier" (2009) (shown below) are both an evolution from Duchamp's "Fountain". I realise the difference is Gerber's sinks are sculptures made to resemble the actual. Vo's chandeliers, dated when exactly removed from their original hotel placement, divorce function from historical importance, challenging the notion of context versus art. However I think both ideas "borrow" from the signed urinals Duchamp placed in a gallery - labeling them art merely because of context....to me Gober & Vo appropriate rather than invent a new idea. Maybe the intention of both artists is to challenge the notion of appropriation! Whatever the answer, the collection is worth seeing to question and debate.

The NYC Documentary festival showcased a fabulous film called "Janis Joplin - little girl blue" which uncovered new material to present her life story. The insightful interview afterwards with the Director and other pertinent people in her life delivered a sliver of the opportunities that living such a metropolis gives one. A beautiful, sensitively curated film.

On Tuesday we sat in front row seats to see Al Pacino in "China Doll". Although well acted, we were both really dissatisfied with the ending - I likened it to when you eat at "a Michelin starred restaurant and leave feeling like you would have preferred your family run local"!

The Guggenheim has an amazing Alberto Burri collection on show - his art which largely dates to the post WW2 era looks surprisingly contemporary in the serene Guggenheim space. I also took their architectural tour, (which I have done previously but being a Frank Lloyd Wright fan you can never have too much) - and our guide told us that the space and shape was influenced by the Guggenheim's Kandinsky's paintings which FLW definitely saw in Solomon Guggenheim's living room. The gallery owns one of the largest Kandinsky collections and they are currently on show in one of the intimate side galleries - seeing them en-mass in a small space was awe inspiring.

Another Art Walking Tour of the Bushwick area was fascinating - emerging artists in an emerging area always means you will be challenged and extended - can't ask for more really! An added bonus was the incredible graffiti/mural art on the exterior of buildings as we walked from one gallery to the next in upcoming this area mix of industrial (original), residential (limited but increasing) and commercial area. I have no doubt that a return visit in even 12 months will see great changes. 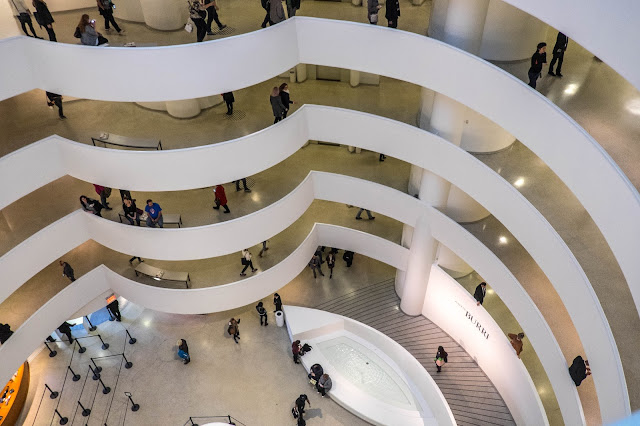 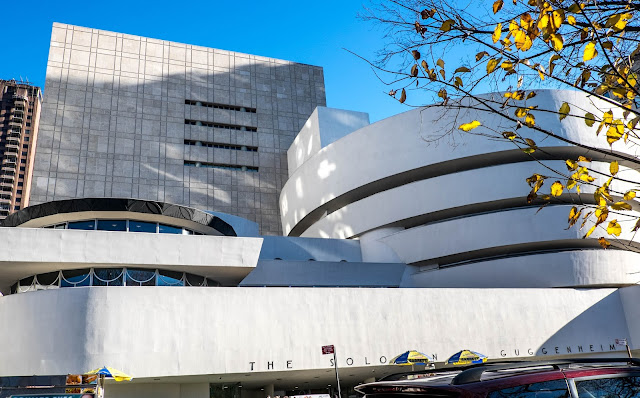 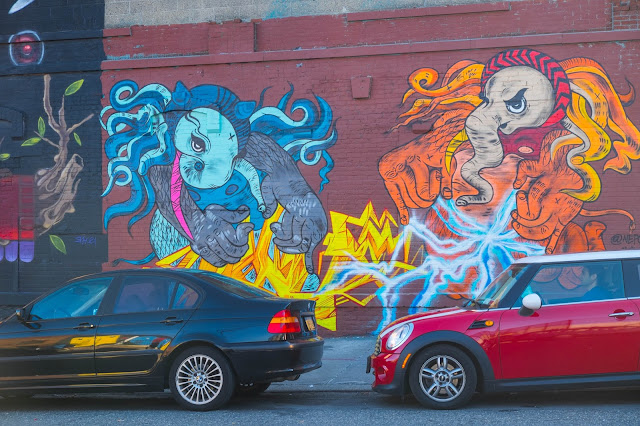 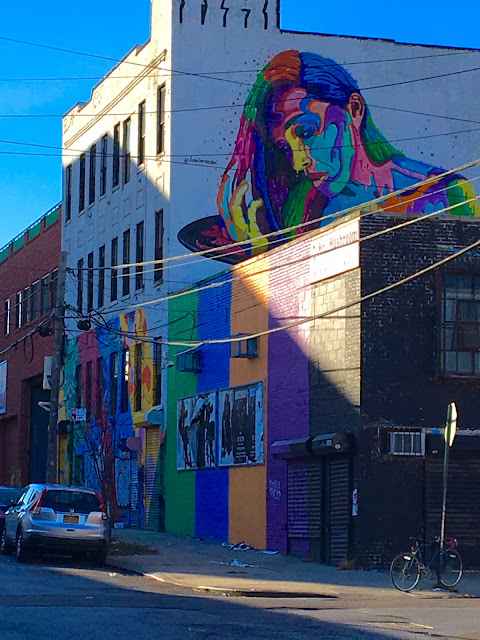 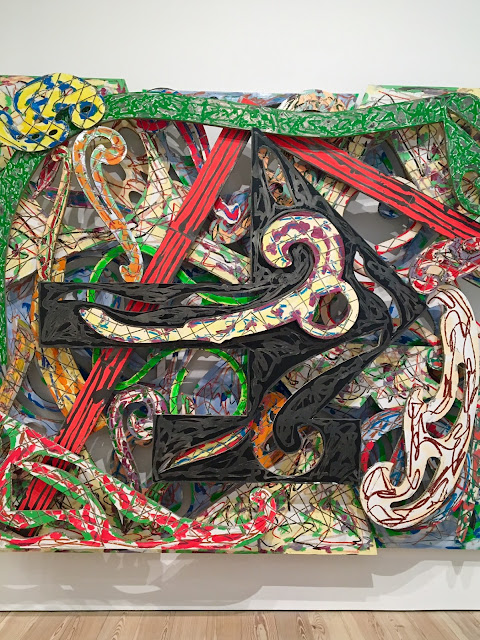 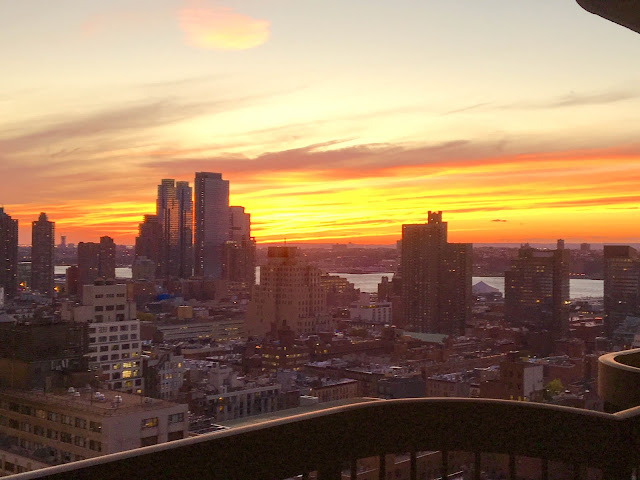 Posted by Eclectic Discoveries at 10:31 AM