I am in Jerusalem for work and it is my first time here. It is culturally diverse, has deep historical & religious importance plus extremely complex geopolitical issues. So much of its history is alive and on display. Many religions see it as the epicentre of their beliefs... the stories differ somewhat ..... yet often they revere the same shrines of importance ....... surely this means our similarities are far closer than our differences, and somewhere we should be able to find a point to agree upon and respect each others differences. 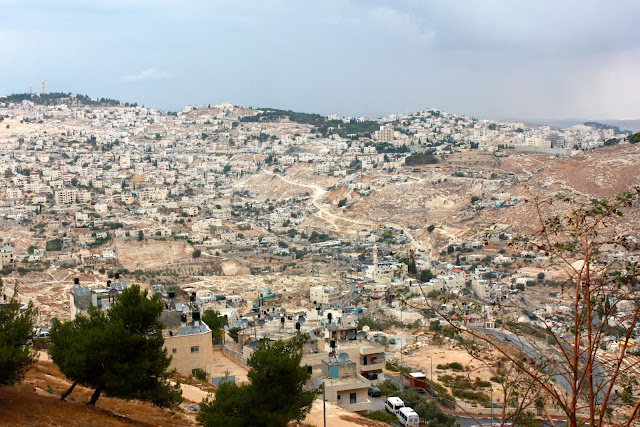 View of East Jerusalem and the Israeli settlements 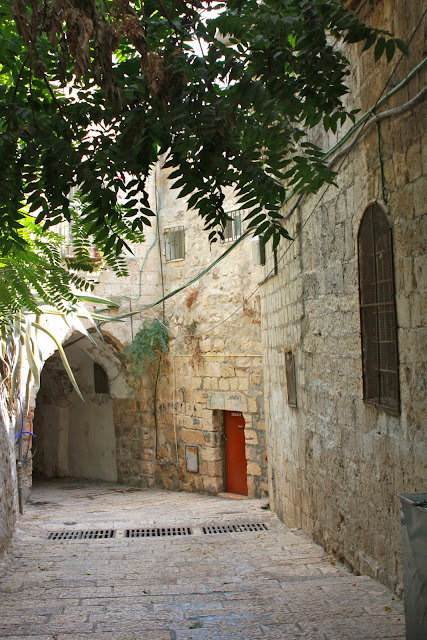 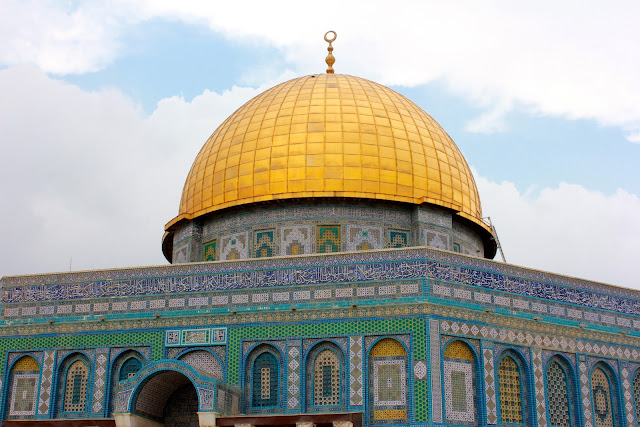 Architecturally monumental Dome of the Rock in the Old City 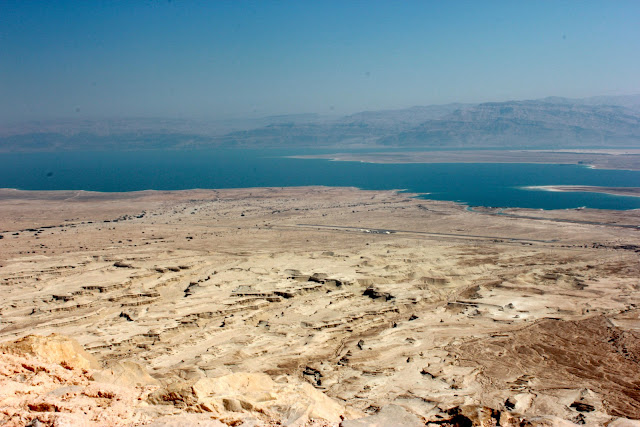 The seemingly unending views from the ancient Masada Palace in the Judean desert. In the midst of an arid hostile desert, this 2000+ year old palace was built on top of a plateau by Herod the Great, between 37 & 31 BCE. The isolated site encompasses an armoury, bath house, palace, storerooms to hold food for months and a sophisticated water aqua duct system. Masada is best known for the violence that occurred there in the first century CE where the Zealots were able to resist the might of the Roman army for 2 years, and in the end chose mass suicide rather than surrender. 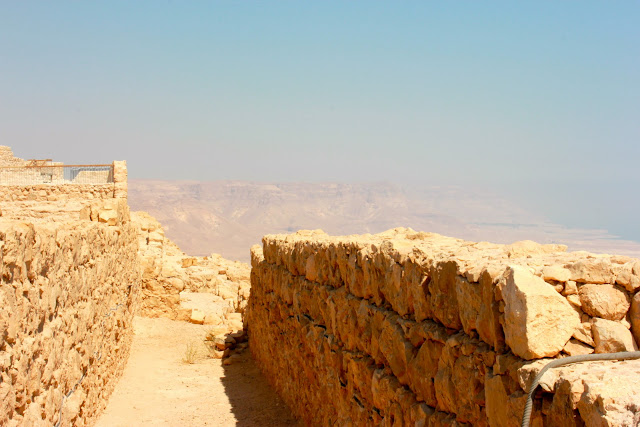 A significant amount of this palace remained intact when it was excavated in 1963. 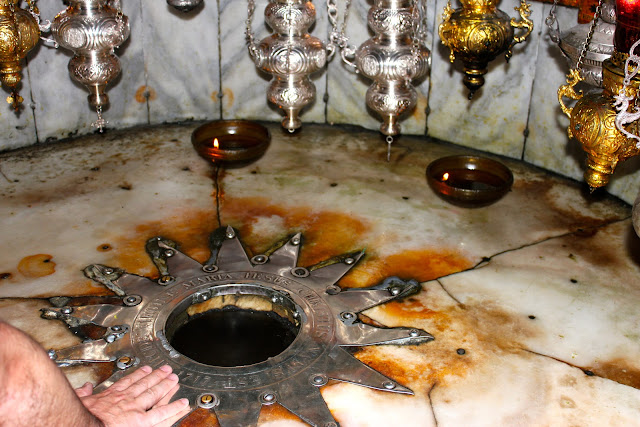 This star signifies the actual birth place of Jesus Christ underneath the Church of the Nativity in Bethlehem Jerusalem - even though there are large amounts of tourists visiting this shrine, the church and cave of the manger are very moving in their simplicity & religious significance. 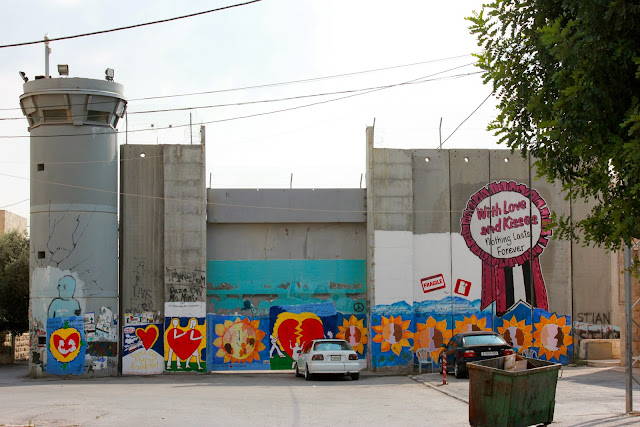 A section of the wall in East Jerusalem which divides the city - incredibly sobering in its presence, dividing communities from each other, plus from education, health and commercial services. Until you see this for yourself and have someone explain the extent of it and its impact, no international news service can possibly make you understand the emotional, physical psychological & commercial impact this wall has already had and no doubt will continue to have in the future. 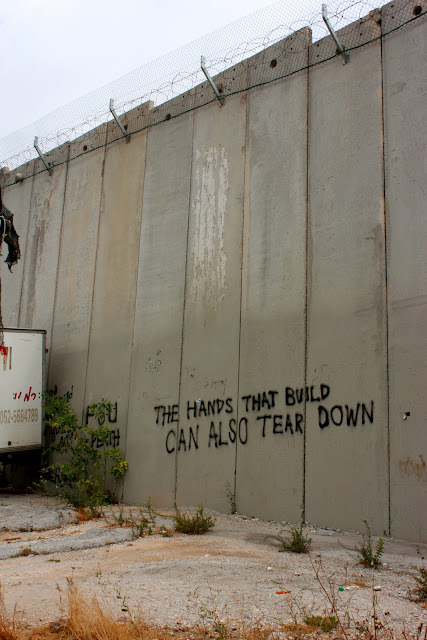 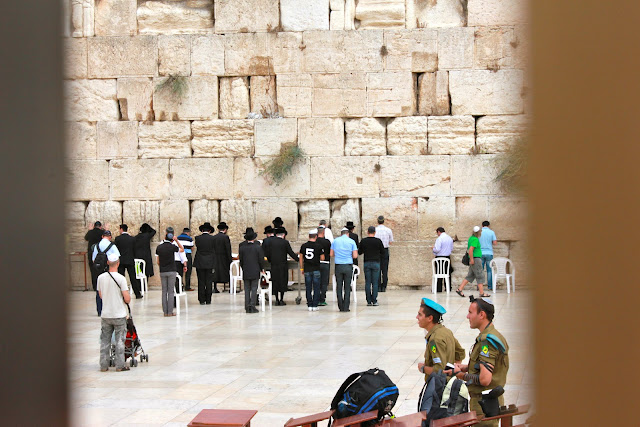 The Western Wall in the old city of Jerusalem 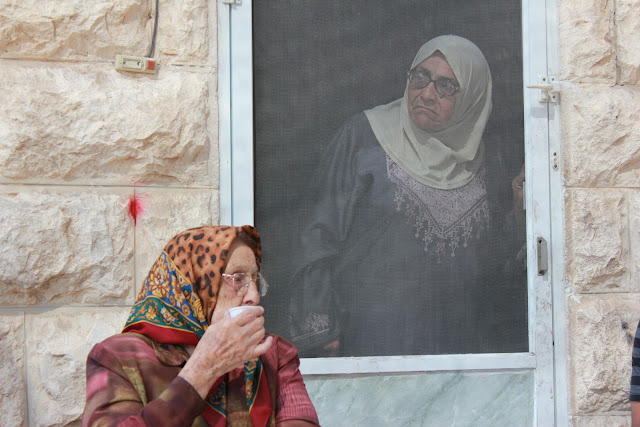 This photo was taken in the home of a Palestine Refugee in Sheikh Jarrah Jerusalem, where they have to maintain 24hr vigil in their home to retain possession 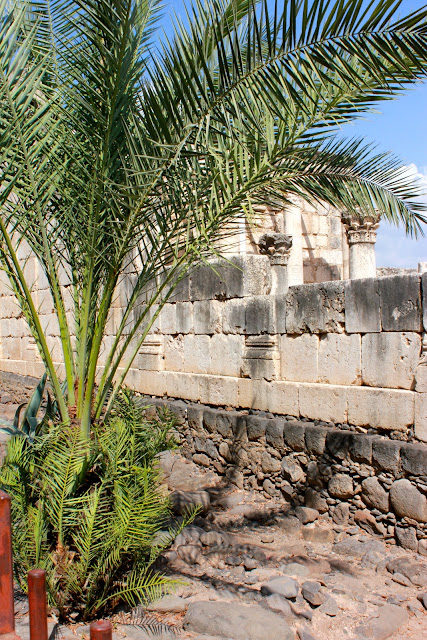 The remains of 2 different synagogues in Capernaum which is situated on the Sea of Galilee. The Bible cites this as the home of Jesus after he left Nazareth. The black basalt rock in this photo is the remains of the synagogue which Jesus is said to have taught in.
Posted by Eclectic Discoveries at 12:03 AM