Ospedale degli Innocenti - Filippo Brunelleschi, 1419. (The hospital of the Innocents) 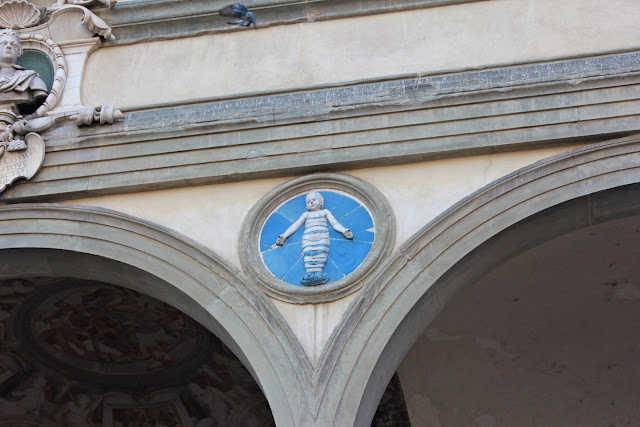 Located only a short walking distance from the main tourist attractions in Florence is a magnificent architectural building often missed by tourists, 'Ospedale deli Innocenti' (the hospital of the innocents). Designed by Filippo Brunelleschi in 1419 it is considered one of the early examples of Renaissance architecture.

This building began its life in 1445 as a foundling hospital (similar to a modern day orphanage) through the generosity of the silk merchants guild, one of the wealthiest guilds in Florence. The architectural importance of the building lies in the elegant nine bay colonnaded façade, and its clear sense of proportion and order. The size, height, and distance between the columns contributed to the sense of regularity and geometric order which became an important element in Renaissance architecture. 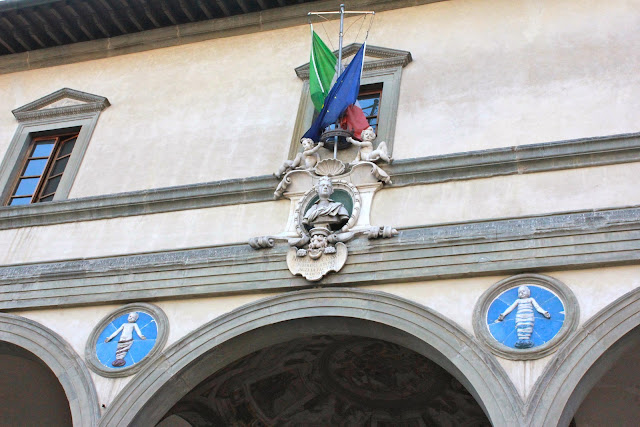 Above each column, is an intense blue glazed ceramic tondo designed by Andrea della Robbia in 1490, with a design that features a baby in swaddling clothes, a reference to the use of the building. Babies were anonymously left in a basin at one end of the portico, which was replaced in 1660 by a wheel that enabled babies to enter the building without the parent being seen. Above is a moving inscription in Latin taken from Psalm XXVI: "Pater et mater reliquerunt nos, Dominus autem assumpsit" – "Our father and mother have forsaken us, the Lord has taken us in".


The place where babies were anonymously abandoned.

Posted by Eclectic Discoveries at 11:41 PM