Since my initial sighting on my first trip to Rome many years ago, I have always loved the Roman Vittorio Emmanuel monument, 'Il Vittoriano', in honour of the unification of Italy, even though I know many Italian citizens do not feel the same way. I adore the unapologetic massive size of the building, seemingly not just celebrating the Italy's birth as a nation, but shouting it at the top of their lungs! Italians often disparagingly refer to it as 'the typewriter' or 'the wedding cake' as its tiered structure and bright white marble lend itself to these comparisons, but I think they secretly love it, as it has become almost as much a symbol of Rome as the Colosseum is. Obviously it does not rival the incredible depth of ancient and historic monuments Rome possesses, but it commands such a presence in Rome that it is hard to ignore.

In all my previous visits to Rome I have only admired it from street level, however this time we went inside to capture the views this monumental building offers. On the first level, via a multitude of stairs, there is a bar serving light meals and drinks which is a very pleasant place to rest after the hours of walking one does around Rome and the views from this level are very good. However for a small cost, you can take a lift (added in 2007), to the top of the monument and the whole of Rome opens in front of you.

The perspective you get of this sprawling city is truly spectacular, plus you get a understanding of how the ancient ruins and more recent monuments and buildings relate to each other. The layering and how each dovetails into the workings of a large modern city can truly be appreciated with this view. At this level, one can almost touch the two enormous and beautiful statues of the Roman victory goddess Victoria riding on the quadriga, which symbolise liberty and unity. In addition, it is the only way I have ever been able to catch a perspective of the roof of my favourite Roman building, the beautifully preserved Pantheon built by Emperor Hadrian in AD118-125. 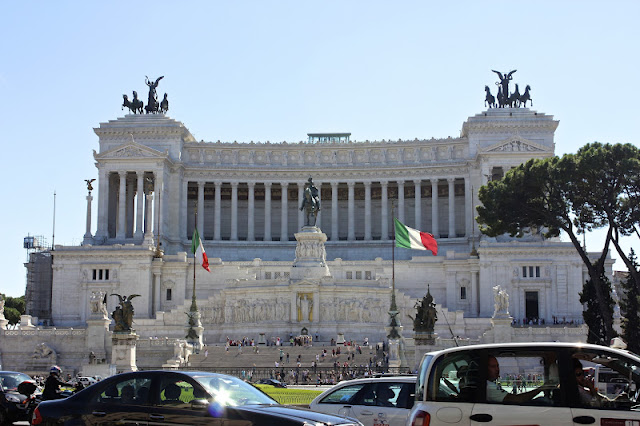 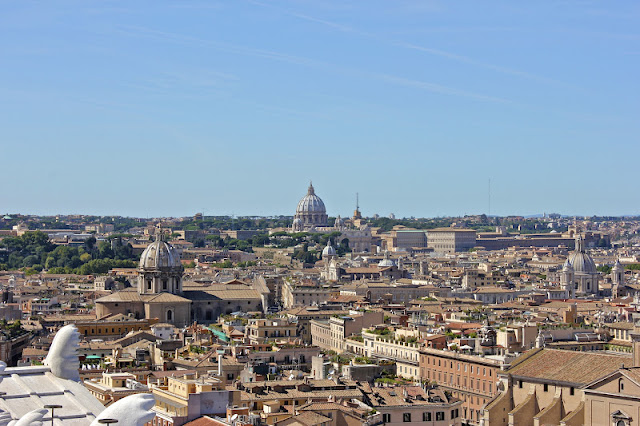 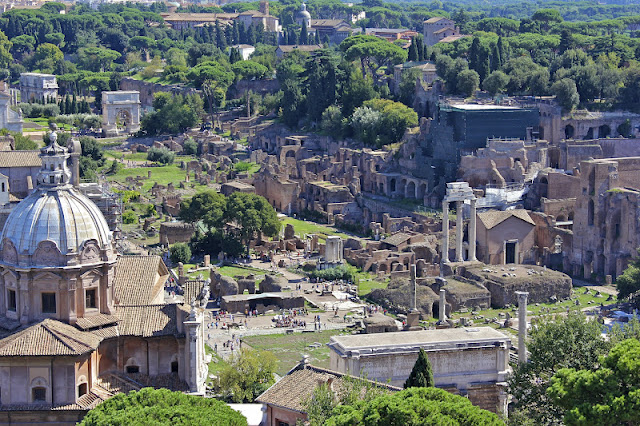 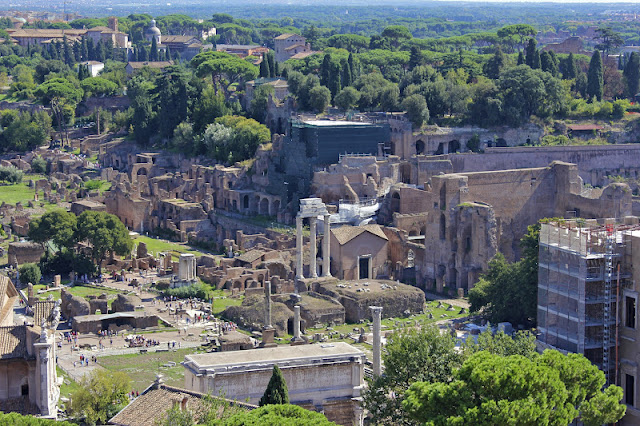 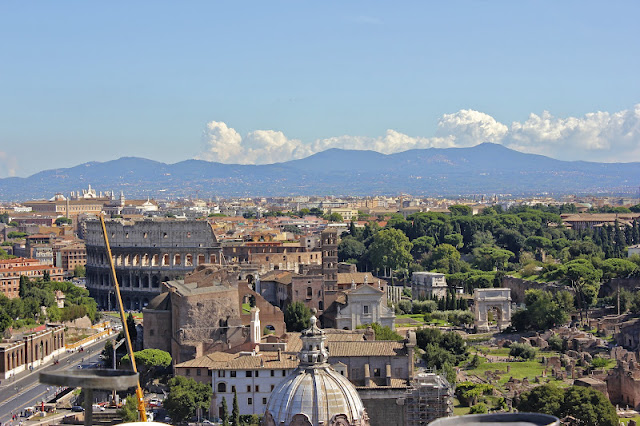 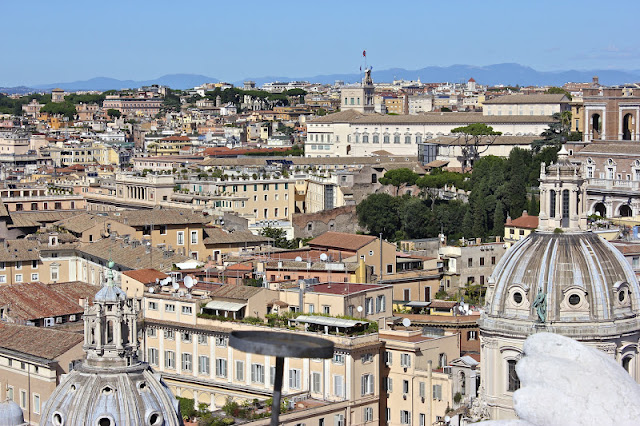 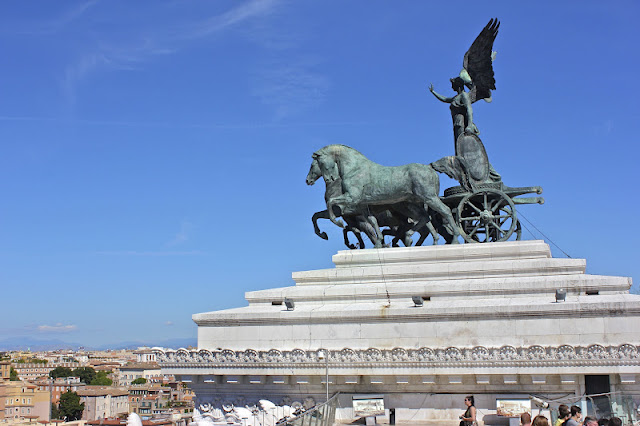 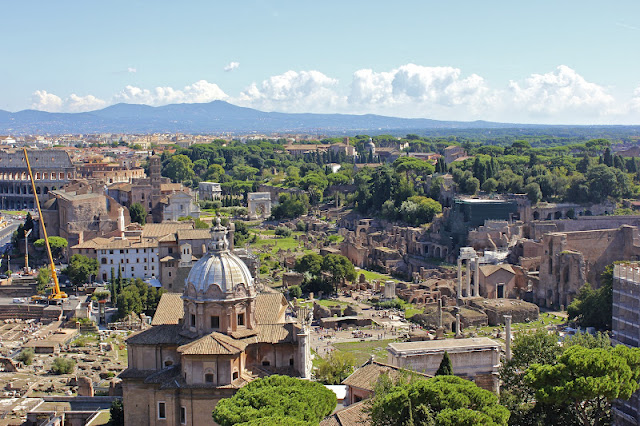 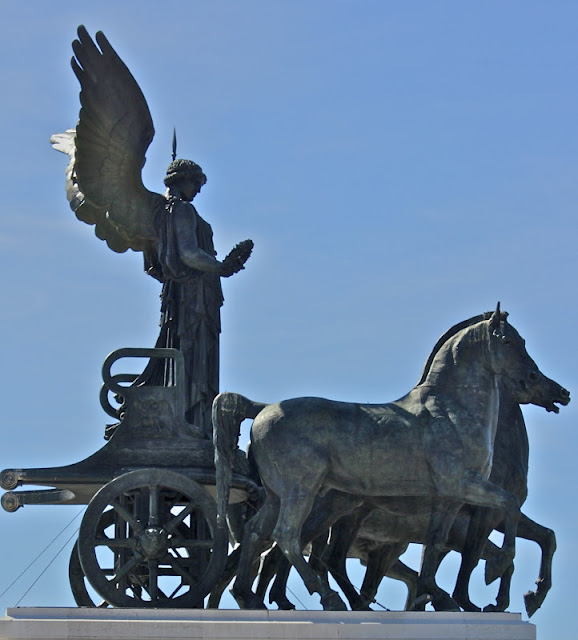 Posted by Eclectic Discoveries at 6:34 AM