On our cruise recently we stopped at the port of Kusadesi, Turkey, and visited the ancient city of Ephesus. It is a remarkable archeological city that totally surprised me with the extent of ruins preserved across the site. It covers an enormous land area, and indeed it is proported that the excavated ruins are only a small portion of what still lies beneath. What a place to be an archaeologist in this modern age!

Originally an ancient Greek city then later a major Roman city on the west coast of Asia minor near present day Izmir Province, it is an incredible place absolutely worth visiting (though it is my advice to avoid the serious heat of the summer period as even in early October it was very hot). In the Roman period of 1st Century BC, Ephesus is thought to have had a population of more than 250,000 which would have made it one of the largest cities, and therefore most important cities in the Mediterranean world. The sophistication of the architecture and the detail of building works is absolutely amazing and as a designer it always surprises me that this knowledge was lost during the dark ages in the centuries that followed. The city had building techniques that included "public malls" - rows of shops with intricate mosaic footpaths to entice visitors inside, toilet benches where high ranking people went to converse and discuss current affairs, and the term "doing your business" was a reality, and a library of monumental proportion that contained thousands of reading scrolls.

The city was famed for the temple of Artemis which was completed around 550BC and is today one of the seven wonders of the ancient world. Emperor Constantine rebuilt a large portion of the city and erected public baths. But it is hard to understand how such a commercial centre declined and was then forgotten, though it is thought that it was partially destroyed by an earthquake in 614AD and then silt slowly built up by the Cayster river made it no longer a port city on the Aegean sea, so its commercial viability was lost.

The great theatre, originally built in the Hellenistic Period in third century BC, and then enlarged by the Romans in 117AD, it still remains largely intact and over the past few years has still been used for major opera and musical concerts. I would love to be able to attend one of these, to sit in the seats where centuries ago concerts, plays religious and philosophical discussions took place.

One of the most impressive sites on this archeological ground is the library of Celsus. Completed in 135 AD by Celsus's son Galius Julius Aquila with his own personal wealth, the library honoured  his father by housing over 12,000 library scrolls and served as a monumental tomb for Celsus. Celsus is buried in a sarcophagus beneath the library entrance which is a particular honour as very few citizens were buried within the city limits. 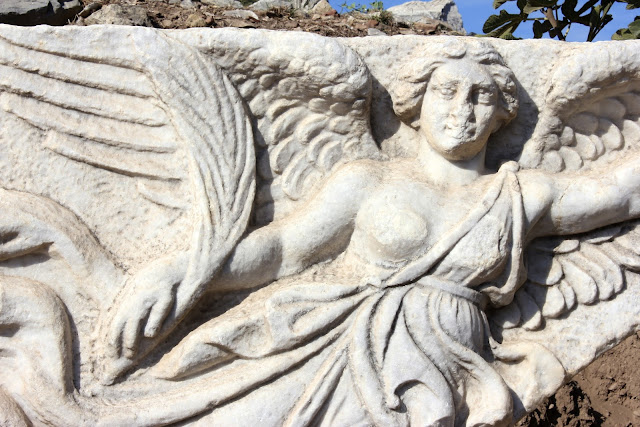 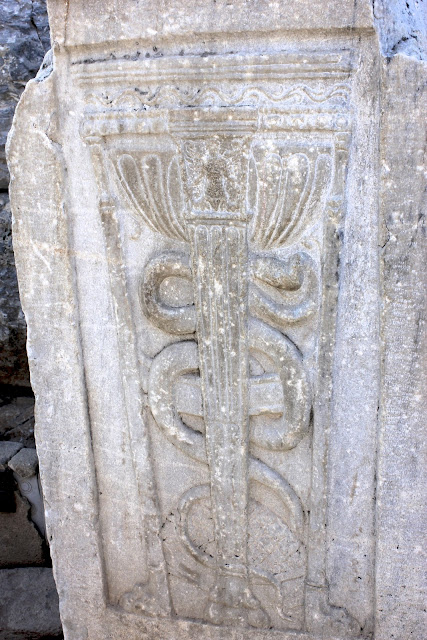 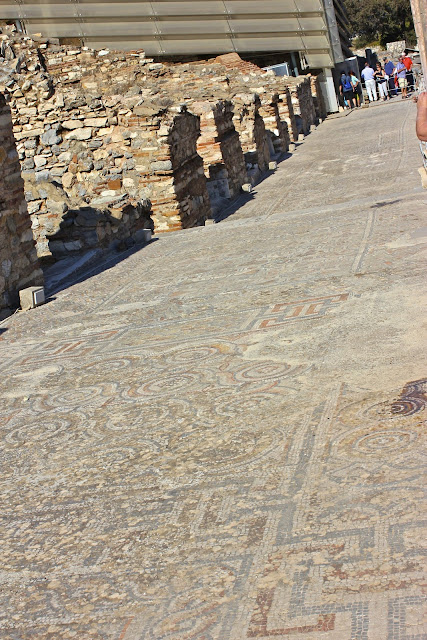 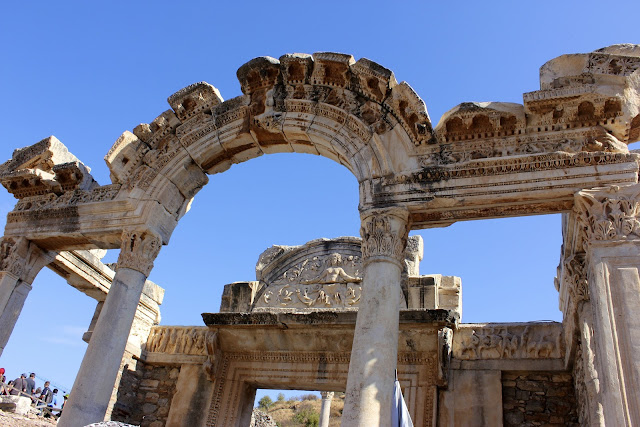 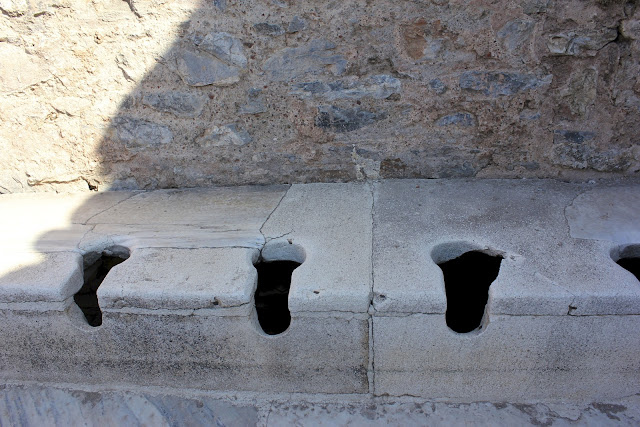 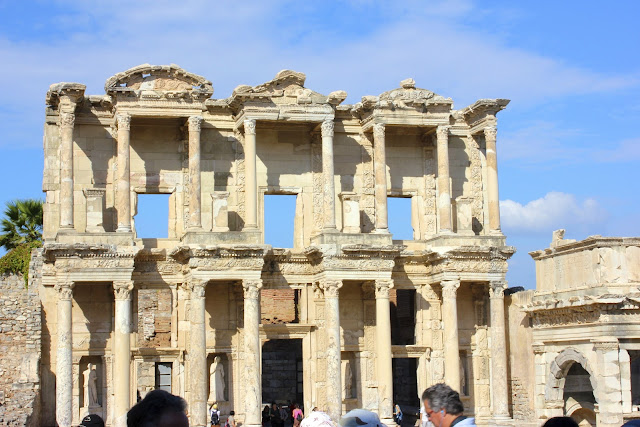 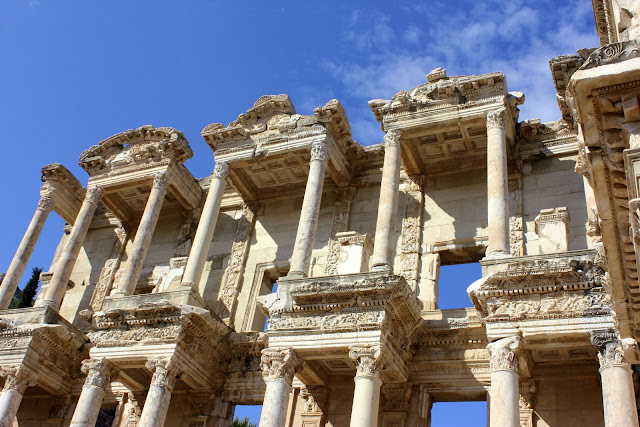 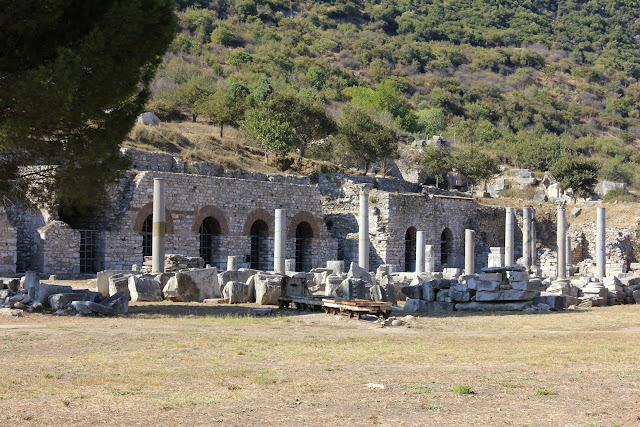 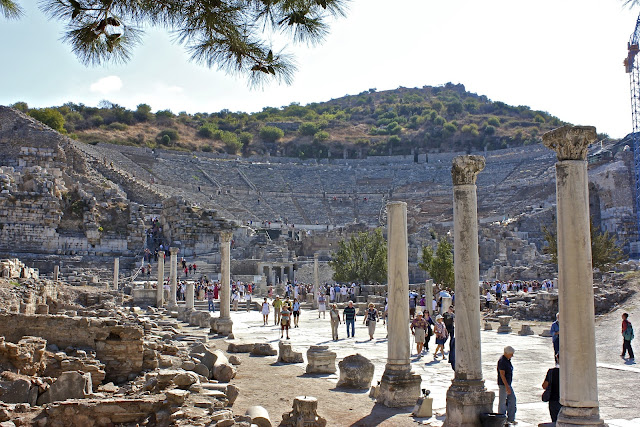 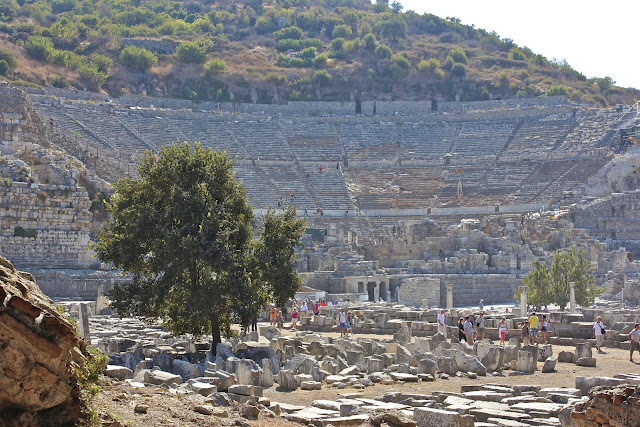