Recently on a conference we took a group to visit UNESCO world heritage Villa d'Este in Tivoli, about 30km from central Rome. This magnificent villa and garden was commissioned by Cardinal Ippolito Il d'Este, grandson of Pope Alexander VI. Cardinal Ippolito was appointed Governor of Tivoli by Pope Julius III and given the existing villa as a gift. This official residence was not grand enough for him, so from 1550 until his death in 1572 he worked to reconstruct the villa plus build the most magnificent terraced gardens on the dramatic sloping land. The gardens of Villa d'Este are amoung the earliest of the 'giardini dell meraviglie' (gardens of wonder), and their design symbolise the flowering of the Renaissance culture plus had a profound influence on the development of garden design throughout Europe.

The great display of drama and magnificence in this garden is considered to be a result of Cardinal Ippolito's disappointment at his failed bids for papacy but further to this he wanted to impress and entertain his visitors. Many statues and much of the marble for the construction of the villa and its gardens was taken from nearby Hadrian's villa which had been left to ruins after the decline of the Roman empire. Reviving Roman techniques of hydraulic engineering plus using innovations in bringing sufficient water supply, the designers created hundreds of water fountains, nymphs, grottoes, plays of water and music that danced and performed across the site. The water fountains use hydrotechnical methods of  pressure to re-channel the water from aqueducts - no power at all is used to pump water up the very steep slope which when you see the scale of this garden, that is a very impressive feat!

I loved visiting this delightful garden and combined with a visit to Hadrian's villa plus lunch at restaurant Sibilla (see earlier posts http://eclecticdiscoveries.blogspot.com.au/2012/12/restaurant-sibilla-tivoli-italy.html  & http://eclecticdiscoveries.blogspot.com.au/2012/12/hadrians-villa-tivoli-villa-adriano.html) this is an extremely memorable day trip from Rome. 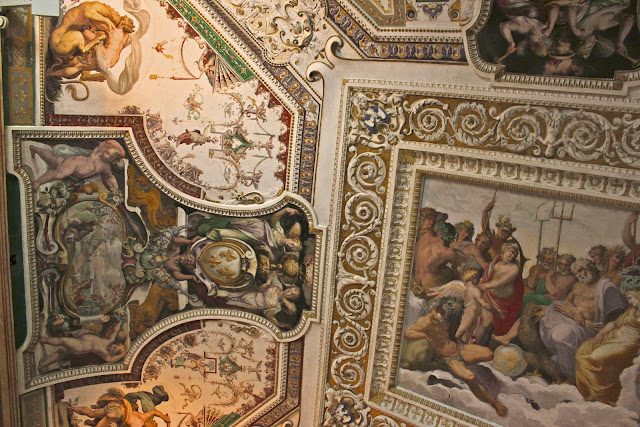 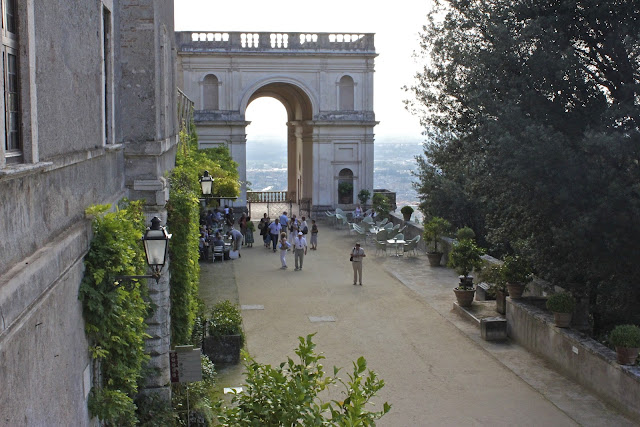 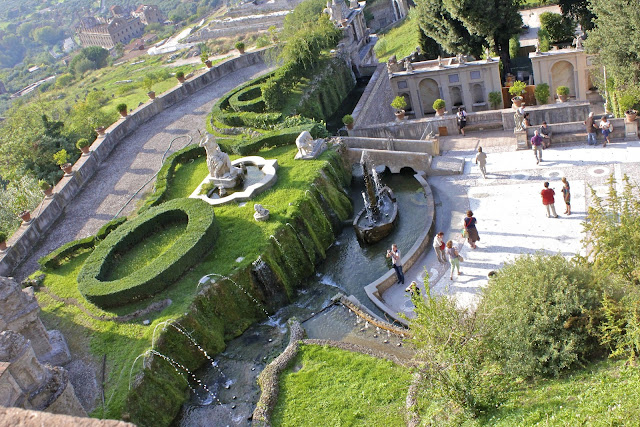 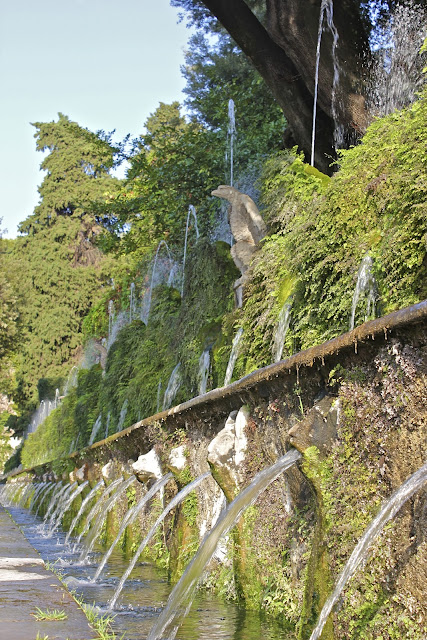 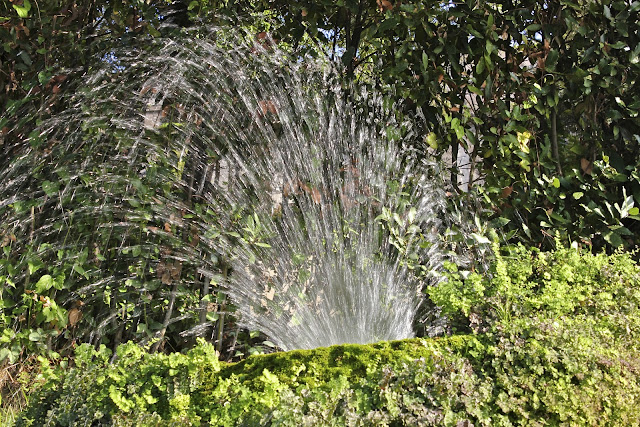 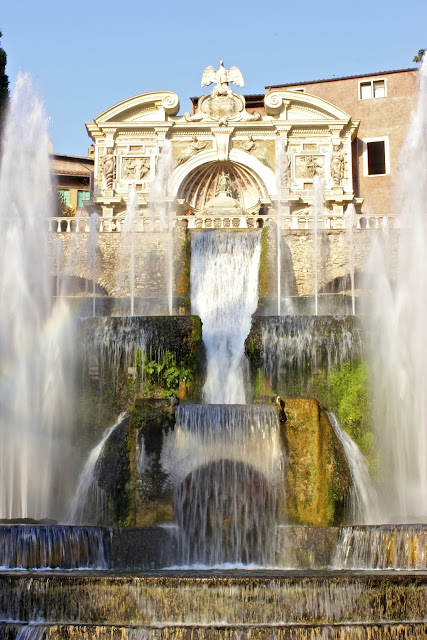 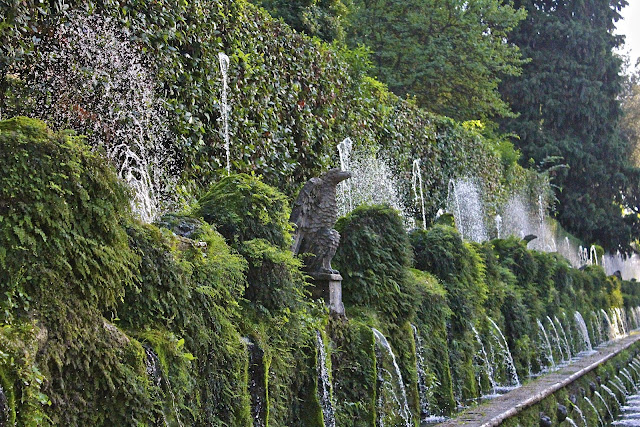 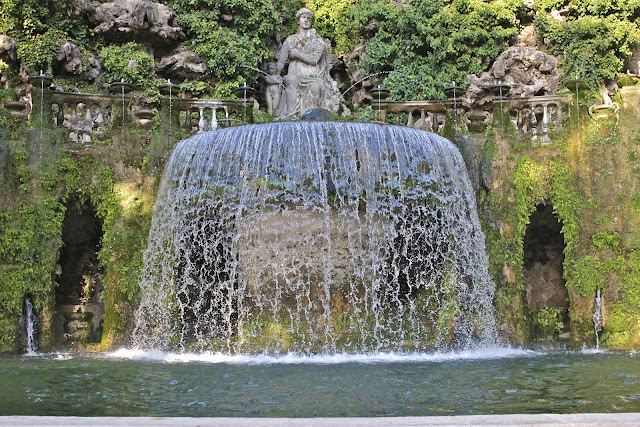