A visit to the private art collection of Christian & Karen Boros, is as much a insight into the future as it is into the past, for this extensive contemporary art collection is set in an historic WW2 air raid bunker in what was East Berlin.

Standing 6 floors high, the imposing building, was built in 1942 to protect German citizens during the bombing of the city and its exterior still bears extensive scars of the brutal period. Immediately after the war, the concrete bunker was used to house political prisoners in East Berlin, then became a storage house for tropical fruit from Cuba and earned the name 'The Banana Bunker'. After the wall fell in 1989, the building became a venue for techno music and fetish parties until it was finally closed due to safety concerns.

In 2003 the bunker was bought by art collectors Christian & Karen Boros, and unable to be torn down, it underwent an extensive 5 year renovation, deconstructing the small rabbit warren rooms. The end result is a space which stills maintains its original austere feeling, yet is more suitable for displaying the collection. Graffiti and wall signage from its previous incarnations remain, now an appropriate backdrop, seemingly artworks themselves. The owners crowning glory is the addition on the top of the building of what appears to be a very groovy glass walled penthouse apartment. All in all, a very clever re-purposing of the space by a very creative couple.

Gallery Visits are only conducted by guided tours and one must pre-book via the website - current wait is about 5 weeks Sammlung Boros. The art exhibited varies from photography to performance based installations, canvases and sculpture, and include such renowned names names as Ai Wei Wei, Wolfgang Tillmans, and Danh Vo. Often collected early in the artist's careers prior to fame, it shows a clever & well trained eye by the owners.

Contemporary art can be challenging for some because it does raise the question of what actually constitutes art - some may query whether a stick leaning against a wall or a popcorn machine continuously producing popped corn over a period of years, have artistic merit, but I feel eliciting a reaction is often a portion of its intention - a reaction, positive or negative means engagement and involvement by the viewer. Furthermore, contemporary art exhibited in this harsh space appears entirely appropriate - the rigid structure of the Nazi built bunker completely contrasts the freedom and self expression of the art within, serving to heighten the appreciation of both. 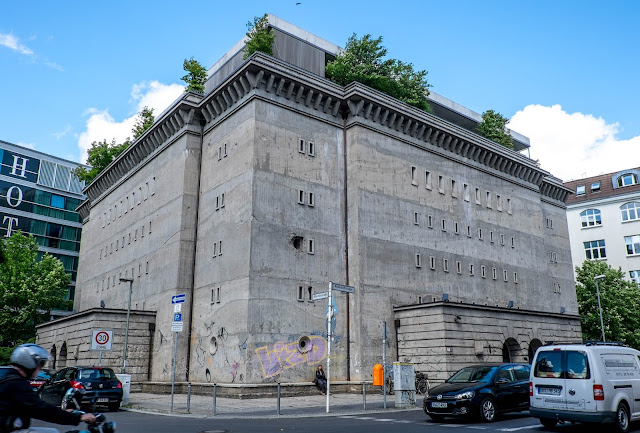 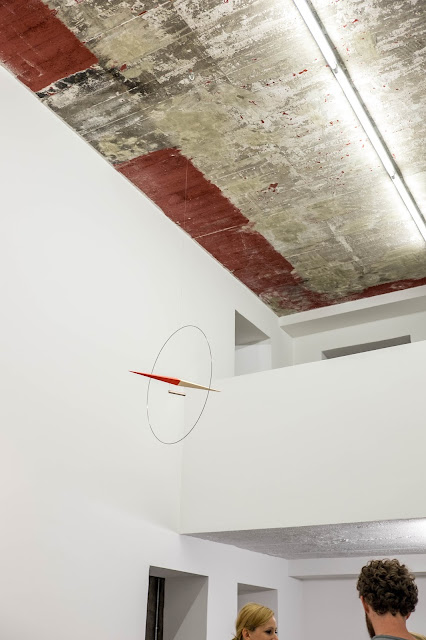 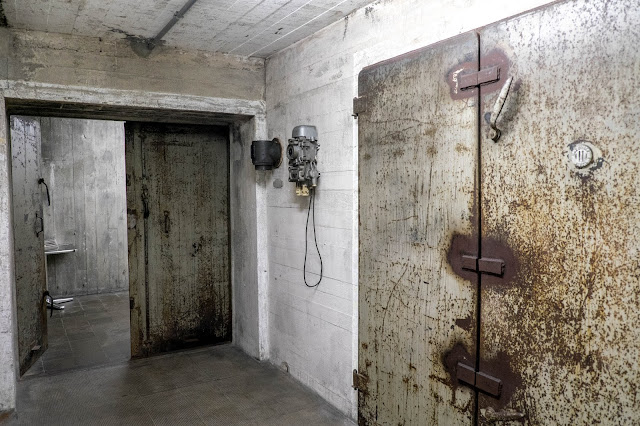 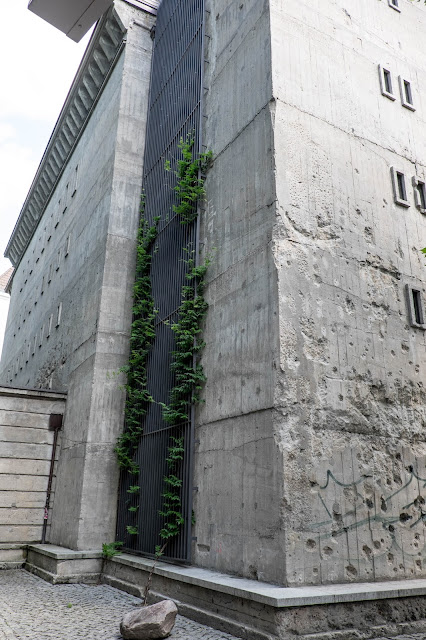 Posted by Eclectic Discoveries at 8:24 PM