We are currently running a conference in Cortina d'Ampezzo which is in the Dolomite ranges about 2 hours north of Venice Italy. It is an elegant town that swells during the winter ski season with both Italian people who are lucky enough to own a house here, and tourists who partake in the fabulous skiing in the many ski fields in this area. An affluent ski town with picturesque Austrian alp style architecture, Cortina was in fact Austrian until just after WW1 when in 1919 it was given to Italy.

As well as the many ski areas within a short bus trip of town, a Dolomiti super ski pass enables one to ski on 450 ski lifts in and around the 12 surrounding resorts. So the choices are extensive and offer something for all skiing abilities. One of my favourite ski runs in the area is from Passo Falzarego where one takes a cable car to Lagozoui, a height of 2762mtrs, then you ski down the run past picturesque frozen waterfalls and small mountain churches to the valley floor. After a little work to pole along the flat area, you reach a horse and cart which for a small fee will pull you along the flat area as you hold onto a rope tow. It feels rather incongruous to see these large draught horses in the midst of the snow but they are a welcome delight in a flat valley area. 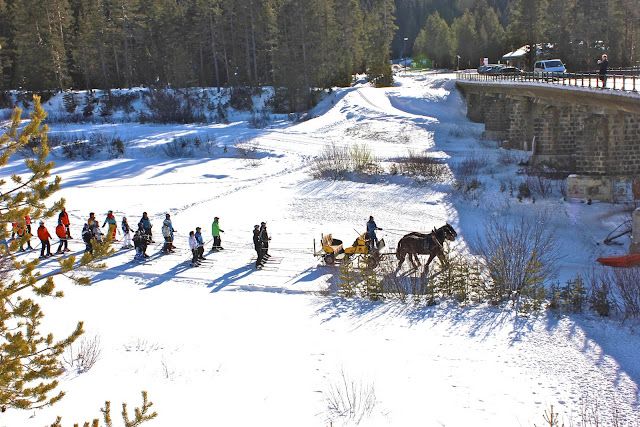 Another delightful run for a competent skier is the Marmolada glacier which rises to a height of 3343mtrs in 3 separate cable cars. The views of the surrounding Dolomite peaks is magnificent, however when we were there a few days ago, the outside temperature was a cool minus 13 degrees - without the wind chill factor! But like many a Cortina day, the skies were a superb cobalt blue with the sun shining, so it makes for a perfect place to enjoy a hot chocolate - which was my preference rather than skiing it!
At the base of the Marmolada glacier is a magnificent 2km walk called the Serrai di Sottoguda which has numerous frozen waterfalls descending sheer cliffs in a natural gorge. The frozen water has a natural blue tinge as the light hits it. We even saw several climbers scaling the frozen cliffs - certainly a sport that I can be sure I will never try! 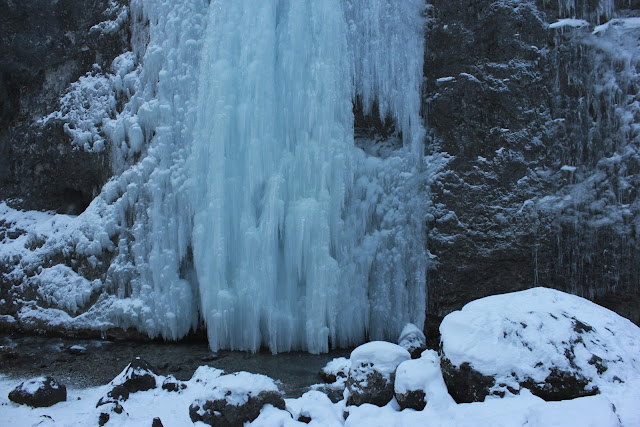 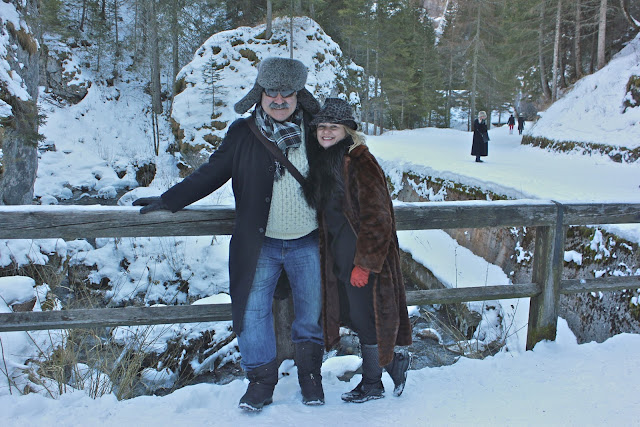 It truly is a beautiful part of the world in which to run a conference.
Posted by Eclectic Discoveries at 6:24 PM