We left Paris a few days ago to drive through southern France back to Italy. We are not in a hurry and plan to take about a week or so, visiting a few places of interest as well as some local markets for possible furniture purchases for our little Italian home. I researched the drive and decided Amboise looked like a beautiful place to stay for a few days as it is centrally located in the Loire Valley, within easy reach of many of the superb chateaus. In Amboise we found a delightful hotel, 'Manoir Les Minimes', in a lovely position between the Loire river and chateau Amboise. Entirely decorated in beautiful French style this hotel was a charming place to relax and explore our surrounding for a few days.
Along this stretch of the Loire river and its tributaries, which is an area of land 200 kilometres long and 100 kilometers wide, there are numerous chateaus which can be visited. We chose to visit the Chateaus of Amboise, Chenonceau and Azay-le-Rideau, although paring it back to just 3 was a difficult task.

Chateau Amboise dominants the town of Amboise with its imposing surrounding wall together with its setting high on the hill. It was the childhood home of King Francis 1 as the chateau was owned by his mother Louise of Savoy. As a guest of King Francis 1, Leonardo da Vinci came to Chateau Amboise in 1515 and lived and worked here until his death a few years later. King Henry II and his wife Catherine de Medici also raised there children in this chateau. 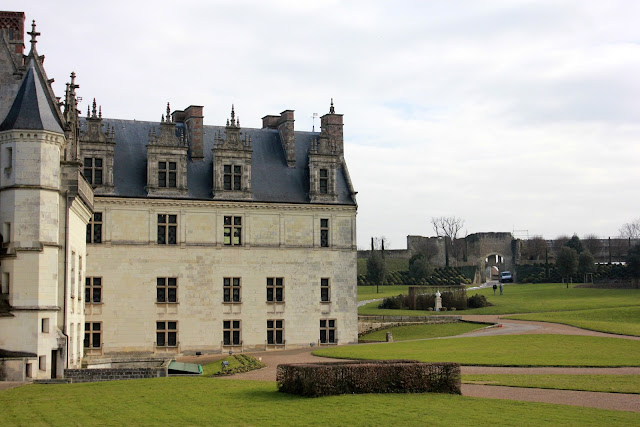 The 2nd, Chateau Chenonceau is an absolutely superb building with an impressive pedigree of owners. The building that remains today was built in 1430's by French Renaissance architect Philibert Delorme. It was acquired by King Francis 1 through unpaid debts by its owner and after his death, King Henry II gave the chateau to his mistress Diane de Poitiers. It was Diane de Poitiers who instructed the planning of the arched bridge (and internal gallery) joining the chateau to the opposite river bank, but after King Henry's death, his wife, Catherine de Medici forced Diane de Poitiers to return the chateau to the crown (offering her Chateau Chaumont in exchange) and it was Catherine who then had the gallery built. Catherine de Medici enjoyed the chateau for many years, entertaining in it often. In 1788, it was Madame Louise Dupin who saved the chateau from destruction during the French revolution due to being loved by the town people plus her ability to convince them of its importance as a bridge across the Cher river. In WW1 the gallery was used as a hospital and WW2 it became an escape route, with the front door being in occupied zone and the opposite door to the other side being in Vichy France. Since 1913 it has been owned by the Menier family, but is opened for visits all year round.

The proportion and scale of the architecture elicits a grand ambience, yet it still feels intimate and personal. The rooms are fitted out in the style of the furniture from various periods of its life with magnificent tapestries and portraits of its owners. We hired the audio guides (in an iPod format) which were very informative and interesting - in fact they were the best audio guides of any museum we have ever attended. This superb chateau was definitely our favourite, and I have since learnt it is the 2nd most visited chateau in France, after Versailles. 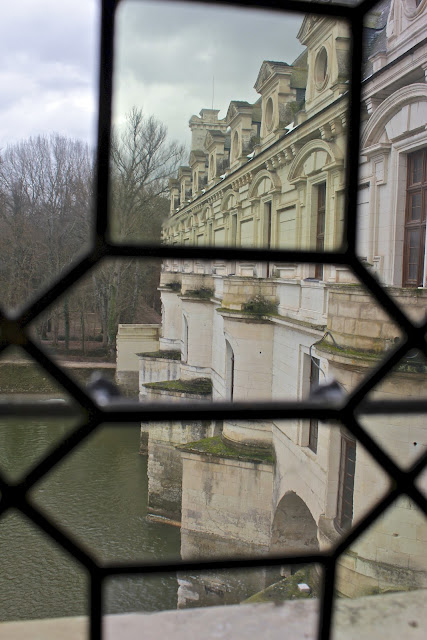 The 3rd Chateau we visited was Chateau d'Azay-le-Rideau built in 1515-1527 by Gilles Berthelot, Treasurer-General of Finances under King Francis 1. It was one of the earliest French Renaissance Chateaus. As Berthelot spent much time at the Kings court, it was his wife, Philippe Lesbahy who directed the building works including the open central staircase for which this chateau is famous. When Berthelot was suspected in collusion of embezzlement in 1528, we was forced to flee the chateau, never to see it again. Today it is owned by the government and able to be visited all year round. 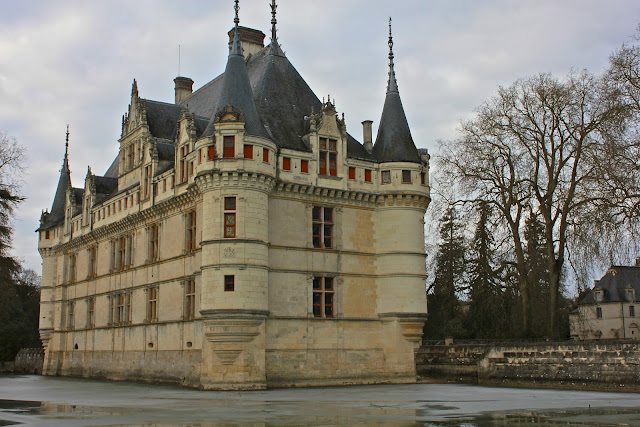 This is a truly magnificent area of France with a great depth of history visible in its spectacular Chateaus.
Posted by Eclectic Discoveries at 6:38 AM